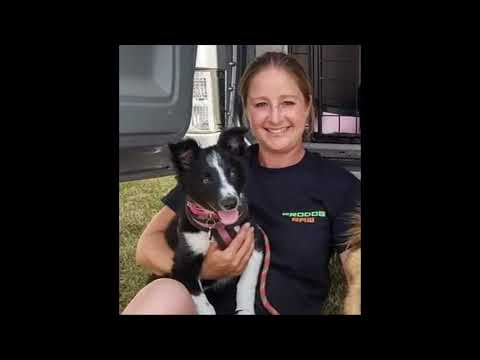 My Rescues Are Thriving On Raw – Sophie Grove

I have a huge passion for my rescue dogs and agility and giving them the very best I can to ensure they are fit, strong, happy and healthy.

Before taking on my first rescue dog, my background was the rehabilitation and retraining ex-racehorses. As such, I knew diet and nutrition to be of great importance for any happy, healthy animal.

Woody, my Jack Russell Terrier, came to me at a year old having been found abandoned. The RSPCA had secured him a home, but he proved too difficult and was returned to them. When I met him, he was having a terrible time in kennels and his options were becoming very limited.

Woody came with clear instructions for all sorts of things, including his diet. He was to be fed a well-known, premium brand kibble. Though at first he cleared his bowl at each meal time, it didn’t take him long to show me that he really didn’t like it. And I stated adding scrambled egg or chicken to every meal just to liven it up a bit.

A friend of mine had just started to introduce me to the benefits of raw feeding when he went into the vets for his annual check-up and I was advised that, at just three years old, he needed a dental. Though by this stage he’d started to become more trusting, looking in his mouth properly was still an absolute no-no. His teeth were dirty, but there was also a suspicious circular mark that looked much like a hole.

After the procedure, which thankfully turned out only to be a good clean, my vet advised that the best things for keeping his teeth clean were raw chicken wings – and described them as natures best toothpicks!

And that was to be marked as the biggest turning point in Woody’s life. I switched him straight over to a fully raw diet and quickly noticed a significant change in his behaviour.

Woody and I had bonded immediately, but he had been both dog and people fear reactive and though in the first two years his trusted circle had grown to include more and more of each with less and less introduction required, he suddenly chilled dramatically. He continued to be a little wary; but didn’t tense the moment he saw someone approaching before considering if they were friend or foe. 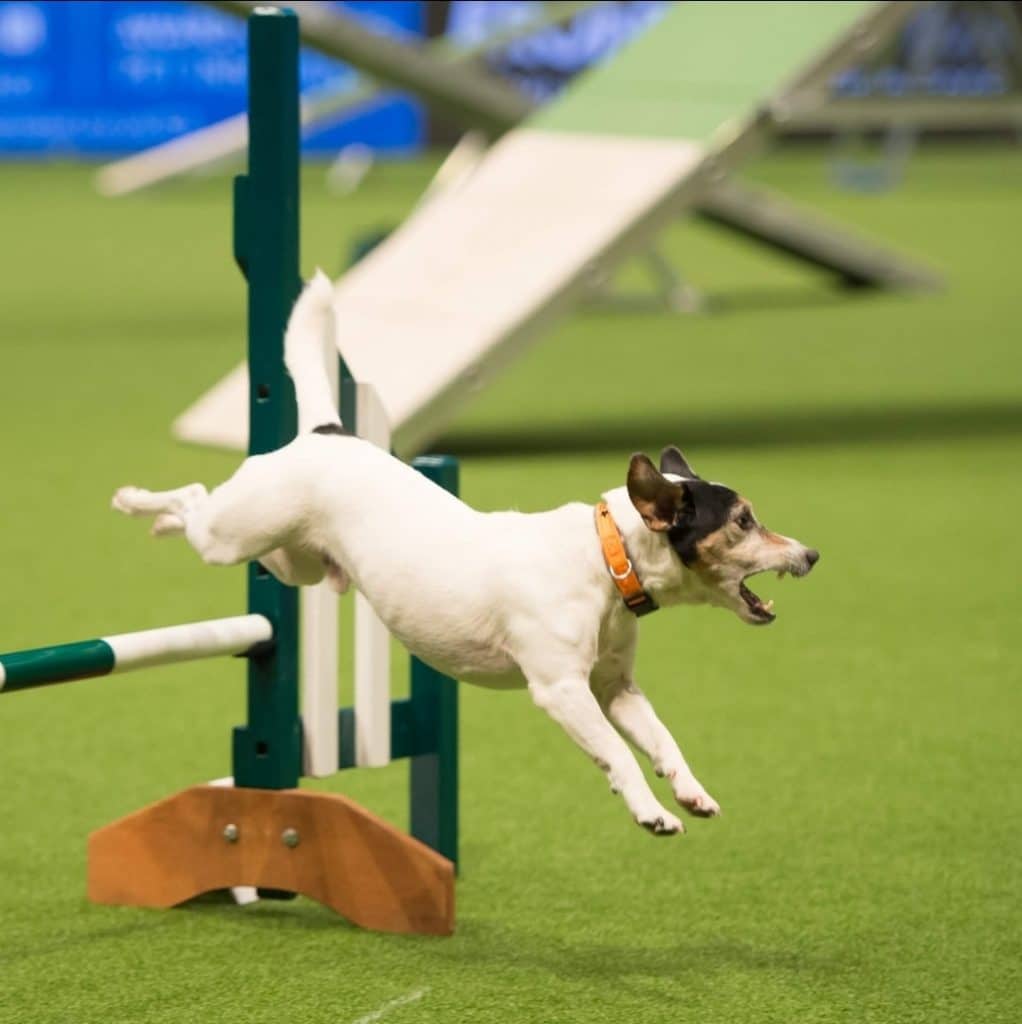 His overall shape changed too. He’d always been lean, but I shamefully hadn’t realised that he’d had a little bit of a bloat. His whole body became more relaxed and with that came a general look of comfortable, calm, contentment.

Our walks became more fun, because we didn’t have to take an alternate route at the sight of anyone we didn’t know. We started going to the beach at busier times. And meeting up with bigger groups of doggy friends.

And then of course we found agility. We started gently at an obedience-based agility group with others like-minded. But it became apparent that he actually had quite a talent, so we transferred to a 1-2-1 basis with an accredited trainer. When we had a few more skills under our belts and the winter weather necessitated an indoor option our trainer invited us to join their local club.

We joined and he loved the kit so much that he started to forget there was anyone else in the hall. Just he and I. 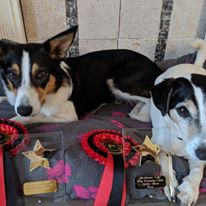 It wasn’t too much later that I spotted another rescue dog that I just couldn’t take my eyes off… Woody’s clear instructions had stated that he must live in an only dog home. But having happily stayed with a friend of mine regularly as a guest in a house full of Collie’s I figured he was ready, and would in fact benefit from a little sister of his own.

And along came Lulu, a Collie x from a small sanctuary in Ireland. After an unsettled hour, Woody welcomed the teeny, tiny waif with open paws.

Concerned about her though, I took her to see my vet the day she arrived as at four months she weighed in at a pitiful 4.6kg. He knew I raw fed and told me not to worry; that in two weeks I would have a different dog. And he was spot on. Her black coat quickly started to shine and her weight gently increased. 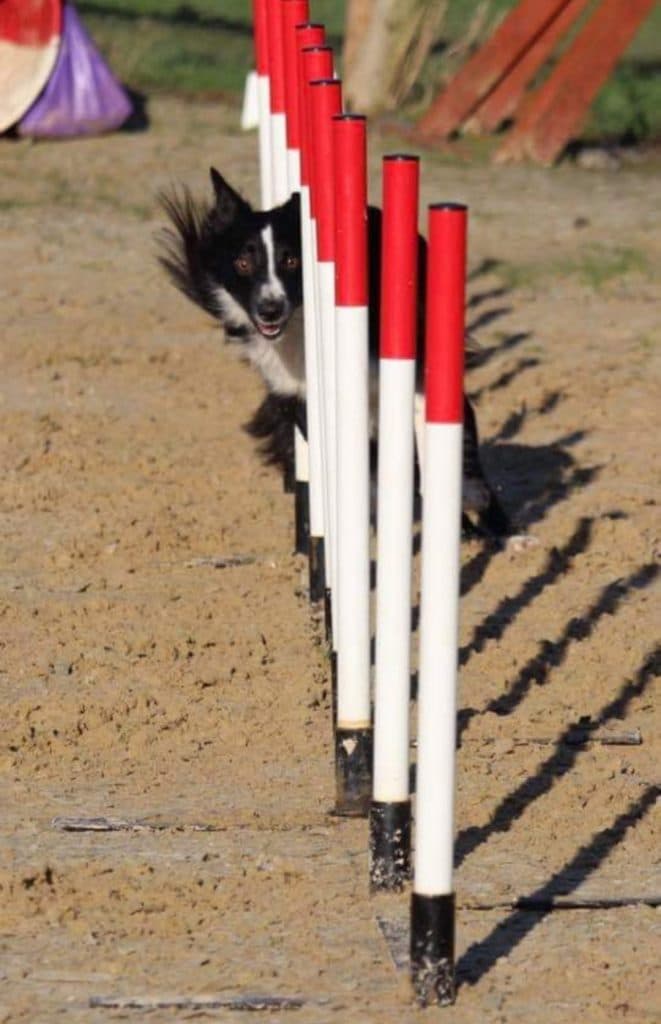 Two years ago I then added another Irish rescue Border Collie puppy, Fae, to the pack. I followed my instincts, and put her straight onto ProDog puppy without a seconds thought. As it turned out, she had a massively overshot jaw so chewing was to be paramount to brain development, and there’s nothing better to chew than a raw meaty bone!

All three of my dogs participate in agility, Woody at Champ level, so it’s of upmost importance that they have the best diet, in conjunction with strength, fitness and training to ensure they are in prime physical shape to compete.

Lulu picked up an injury to her cruciate ligament 17 months ago and with stem cell treatment, extensive rehabilitation and the very best raw diet – the ProDog complete range with added Flexx and Revive; she’s now as fit as a flea and making a tentative return to agility.