Litters Are Much Healthier Since Changing to Raw…

As a breeder of Jack Russell Terriers for over 15 years having had the line passed to me from my family, I continue to work them, breed and show as well as being our devoted, loving family members so it’s imperative to me to make sure that they are in top condition all of the time, and this is why I’m writing to say #DitchTheDry and start your four-legged family on the Raw with raw dog food. 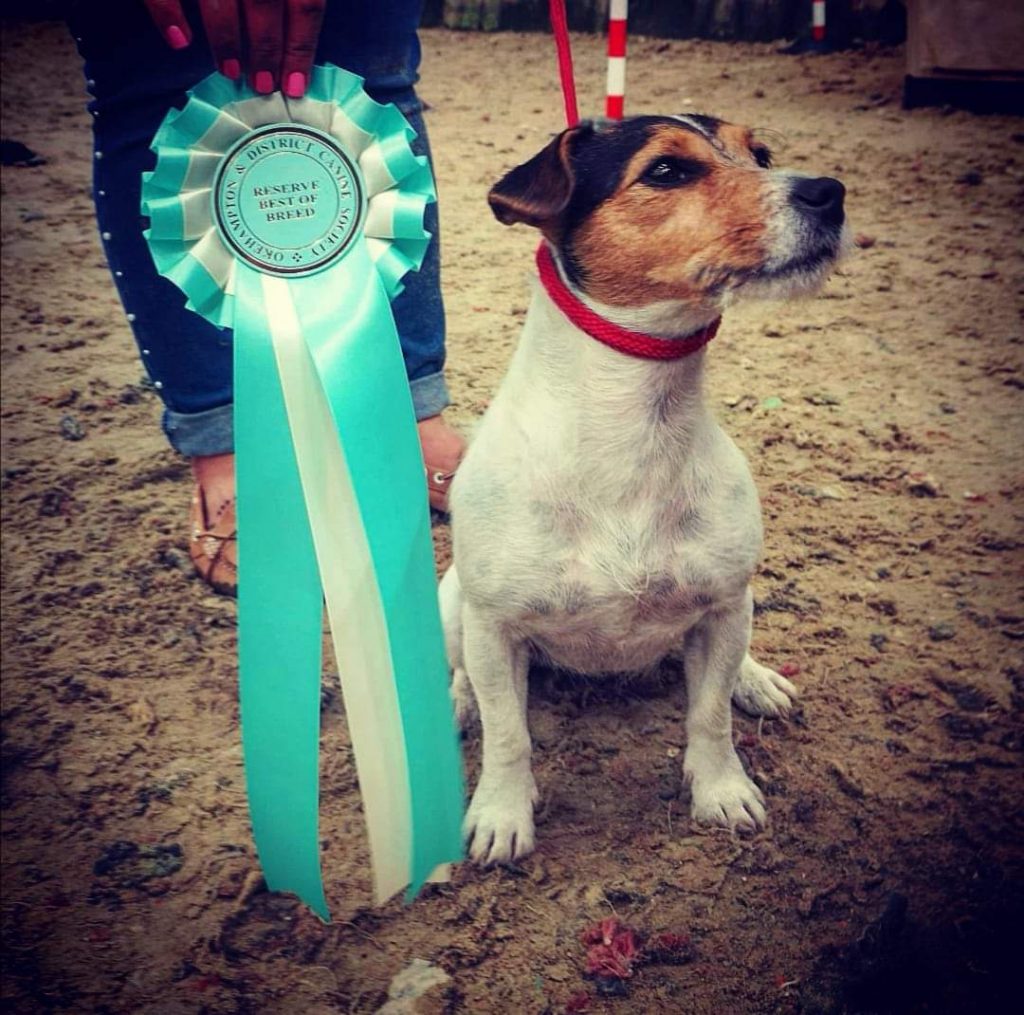 As we all know that common saying “you are what you eat”. I have tried many kibble companies to achieve what I want for my dogs but with very little success, hypoallergenic, high meat content, grain-free, freeze-dried you name it we have tried it but with each trial came a negative side effect allergies, excessive coat blowing, bad toilet habits, lack of energy and even too much energy often accompanied by a lack of focus.

This I must add was most noticeable when I had a litter of puppies birth weights weren’t consistent, they were hard to wean which annoyingly reflected birth weights when some puppies just refused to wean until much later on and some puppies weaning earlier than others in one collective litter making weights even more diverse, some kibble brands I battled with runny stools, others made the pups look dull coated and runny eyed and just generally didn’t have the energy I expect in puppies especially terrier pups but one thing they all shared no matter the kibble brand was at some point during weaning they would all experience upset bellies, this made pups hard to toilet train as the amount of poos that a puppy produces just being on kibble is crazy so keeping up with a bundle of little poop machines was a real task on its own. 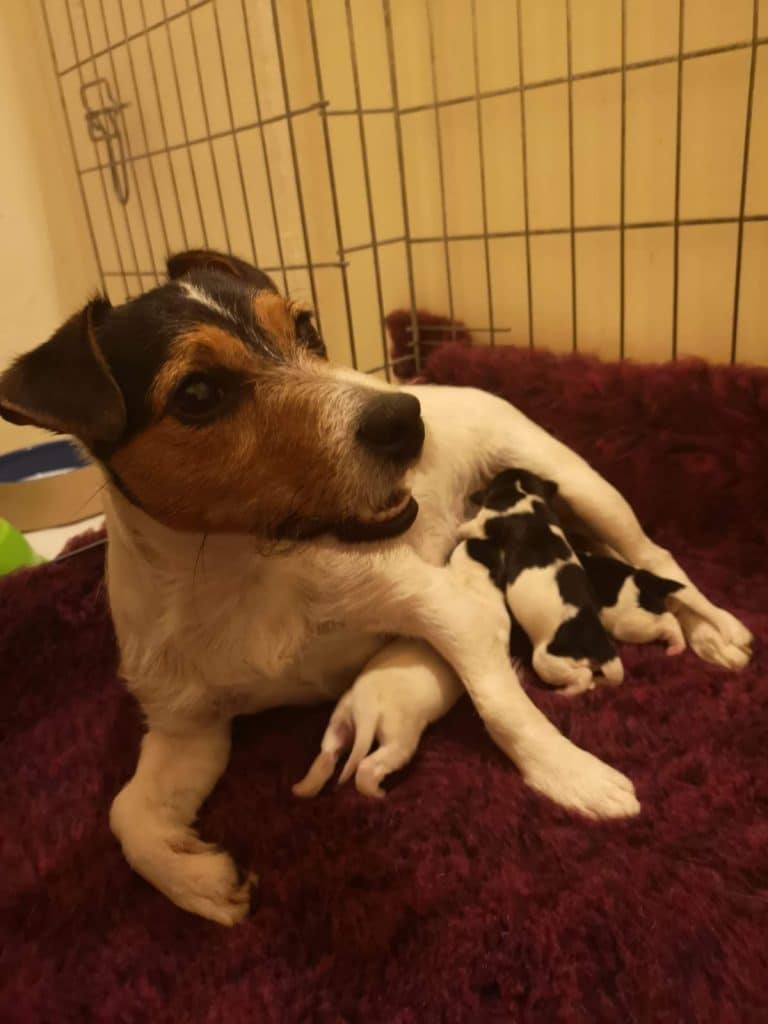 After I had become frustrated with tackling upset tummies once again in a litter and just didn’t know which direction to go forwards in regards to dog food I was advised on raw diets by a friend.

I had many concerns and the more you visit forums and social media in general in search for answers the more worry it can cause, myths surrounding raw feeding such as, “dogs can become seriously ill and die from raw feeding”, “raw feeding is nutritionally imbalanced” were just some of those I read and genuinely worried about, the latter being the reason I decided to go into raw but with a company that made “ready made” meals and came across ProDog Raw.

I pestered them A LOT with questions about raw feeding and the myths that accompany the raw diet and got honest, knowledgeable and extremely quick responses back from the team who also gave me amazing support and guidance.

After a few months my dogs previous allergies had subsided completely to the point where she was no longer relying on veterinary medication to help her “get by”. So I decided to keep my dogs on raw through pregnancy, rearing and whelping litters.

The team at ProDog again guided me through the best diet for a healthy pregnancy even making up a feed plan for me to refer to as each week of pregnancy past. 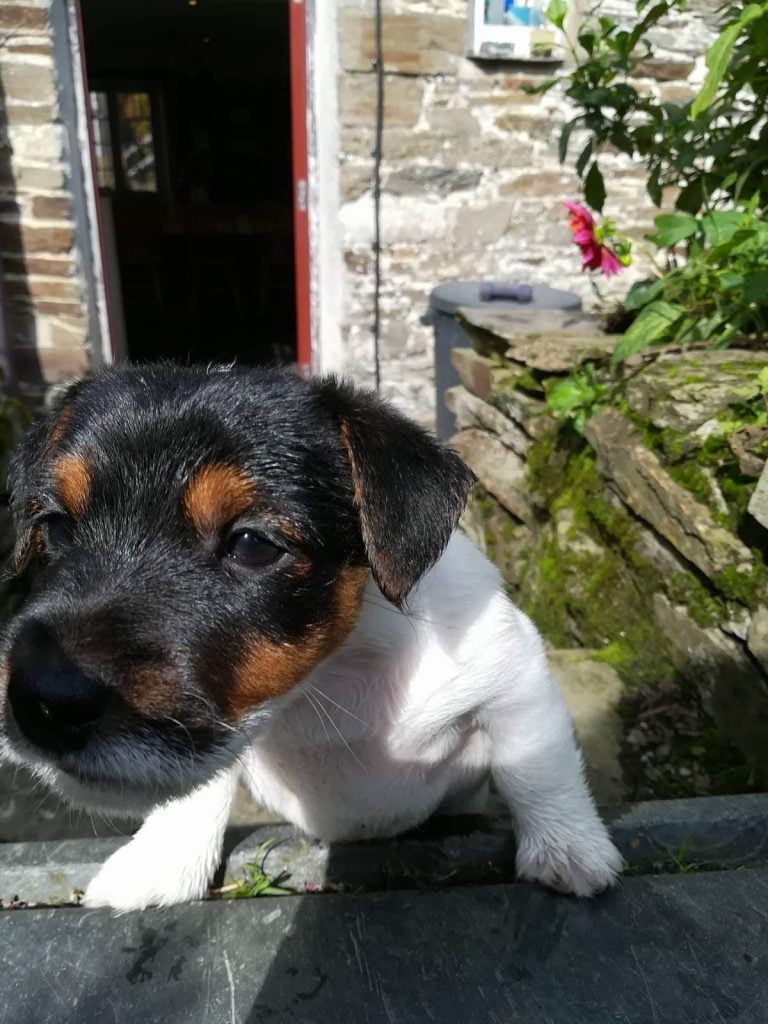 I find with my personal dogs at whelping they can suffer from hypocalcemia and and therefore, I have always supplemented with a good liquid calcium straight after whelping and continue to during the whole of rearing, however after being on the raw diet I have yet to supplement any whelped bitches for this (touch wood) so this alone has been a huge benefit to both bitches and puppies.

Puppies are all born of uniform weight, the bitches whelp easily with no issues surrounding weight etc.

Mother and pups are amazingly healthy and when it comes to what used to be the dreaded time of weaning, the pups wean super easily, without fuss, without the stomach upsets that I had been so used to during kibble feeding and so in turn toilet training became so much easier. I no longer had little poop machines! Pups utterly thrived as did the mothers so much so my last few litters now leave with a ProDog puppy package and are encouraged to continue the raw feeding through their lives with them. 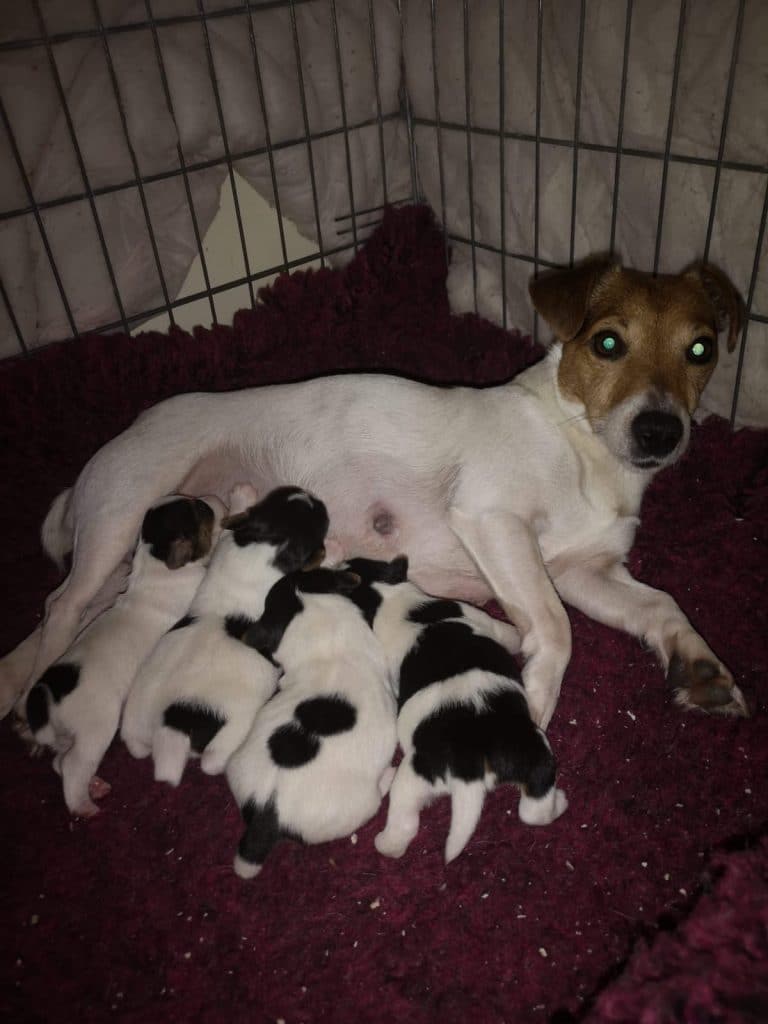 My bitches now experience very little weight loss, if at all. They don’t blow their coats after weaning and their general body condition and shape return much faster than they ever did on kibble. A real testament to this would be one of my bitches just 10 days post weaning, went into the show ring and took Best of Breed!

If you haven’t tried raw yet or are considering it I can assure you once you witness the change in your dog’s general well being you won’t ever look back.

I was very reluctant to begin with and worried I wouldn’t feed them correctly. Breeders like myself know just how much diet can reflect your bitch and her litters, but honestly I’m so glad I made the change. My dogs are much healthier for it and when it comes to seeing puppies leave for their new adventures they leave me with a great sense of pride.

So what are you waiting for….. #DitchTheDry