What is the best diet for dogs with diabetes? | ProDog Raw

What is the best diet for dogs with diabetes?

A fresh, raw food diet is by far the best choice for dogs with diabetes. Read on to find out the facts about diabetes in dogs and why in my veterinary practice I will always recommend raw feeding for dogs with this condition.

What is dog diabetes?

Diabetes is rising dramatically in our dog and human populations. Some authors believe it to be 30 times more prevalent in dogs than in the 1980s.

Diabetes is a disease of insulin dysfunction. Insulin is the hormone that manages energy storage. It can encourage fats and glucose (the nutrients required to generate energy) to stay, and it can bar entry to the storage cells. Insulin is produced by the pancreas (which lies just under the stomach in people and just behind in dogs).

There are two types of diabetes. Dogs mainly get a disease where the pancreas just stops insulin production. In people, it’s called Type 1 Diabetes, or T1D. Older dogs, especially if they’re obese, can get the other type, Type 2 Diabetes or T2D.

What causes diabetes in dogs? 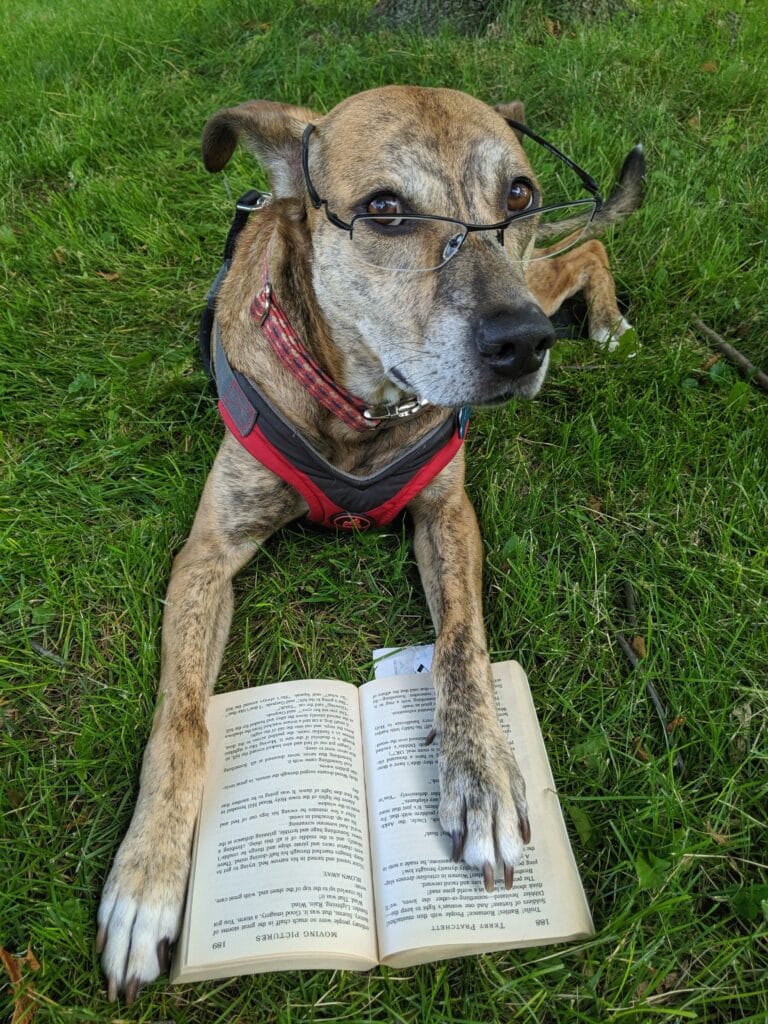 The trouble is, we don’t know why most dogs get T1D and not T2D. In people, it’s the other way round – mostly we humans get Type 2 – usually associated with poor diet and obesity.

We don’t even know what causes T1D in dogs, but there are a few theories. Some think it’s due to auto-immune disease, where the body attacks its own insulin-making Beta-cells in the pancreas. Others think it’s due to low grade, chronic (long-lasting) pancreatitis. I think it’s likely to be a bit of both, but mainly secondary to pancreatitis.

A study in 2004 looked at 73 dogs who had died of non-pancreas disease and found a whopping two-thirds of them showing signs of pancreatitis, none of them having shown any signs in life. Another paper in 2007 looked at 200 dogs’ pancreas samples and found one third to have damage from long term inflammation – pancreatitis. Again, none of the dogs outwardly showed the condition. For this reason, I think some kind of damage to the pancreas causing inflammation is more likely than an auto-immune disease.

See my blog on pancreatitis for a short list of phenomena that can induce the condition.

Also, why is Type 1 Diabetes on the increase so much in dogs over the last few decades? I think it’s linked to a corresponding epidemic of obesity in the modern dog. Academics tell us that up to 65% of dogs in the UK are either overweight or obese. Personally, I think this is way too low. When I go out to the park or the seaside, I see 95% overweight/obese dogs.

I think obesity is related to both T1D and T2D, but in different ways. Bear with me, and I’ll try to explain as clearly as I can.

T1D is where the pancreas stops producing insulin. Therefore all the glucose in the blood has nowhere to go – insulin packs glucose into storage; when there is no insulin, there is no removal from blood.

Low insulin levels also allow fats out of storage for energy. This is why untreated diabetics with T1D will waste away, even if eating heartily – putting on fat deposits is impossible.

We know dogs fed high-carb food like kibble have more fats (called triglycerides) in their blood. That’s right – if you compare the blood from raw fed dogs on high-fat diets with kibble fed, even low-fat kibble diets, the raw feeders have much lower blood fat. You’d think the opposite, but this is established science.

I think this increased blood fat and blood glucose from kibble is why we have an increase in T1D in dogs, and it also explains why we see so much more obesity in dogs these days. It is well known that the pancreas doesn’t like being in the presence of high blood fats for long.

High blood fats from kibble, combined with permanently high sugars  (carbs in kibble break down to sugars), are the problem. I think these two factors stress the pancreas, leading to pancreatitis or T1D.

Older obese dogs, if they are kibble fed, will experience chronically increased insulin production. As we saw above the starches  (carbohydrates) break down into sugars (glucose).

Before the invention of highly refined carbohydrates and flours and the universal availability of sweet treats, human insulin was rarely raised. Now, with typical high carb Western diets, permanently high blood insulin is standard. Nowadays, dogs are the same – dogs fed kibble twice a day for life. The poor things are drowning in the stuff, pumping out loads of insulin to cope, just as we are with our carb-rich diets.

What happens when you’ve got a shy hormone like insulin being continually produced in industrial quantities in dogs or humans for years? The insulin target tissues (mainly muscle and fat cells) become duller and duller to the instruction to store glucose, a state called Insulin Resistance occurs.

Insulin resistance over time often becomes full-blown Type-2 diabetes. The tissue cells do not listen to the instructions from insulin, and, therefore, glucose builds up in the blood. This then spills into the urine to create, like T1D, sweet urine – the classic sign of diabetes.

Treatment of diabetes in dogs

The primary treatment for both types of diabetes is to give insulin by injection daily. This works pretty well for T1D as there’s not enough insulin. It works less well for T2D, where there’s an excess of the hormone in the blood already. As we’ve seen, the critical problem in T2D is the tissues are deaf to the instructions from insulin: Insulin Resistance.

Nutritionally, the treatment for T1D is just to feed as good a diet as possible. Of course, I recommend raw with a few green veggies and NO CARBS (biscuit, kibble or wheaty/grain-based treats, e.g. Bonio or Schmacko). This keeps blood fats down, which can help the pancreas but may not change the disease at all – insulin is usually required.

For the older, fatter T2D dog, nutrition is everything. Removing refined carbs and sugars in humans, cats and dogs can be curative.

Type 2 Diabetes in these three species can be cured by a low carb, raw (or fresh) diet. Hoorah. 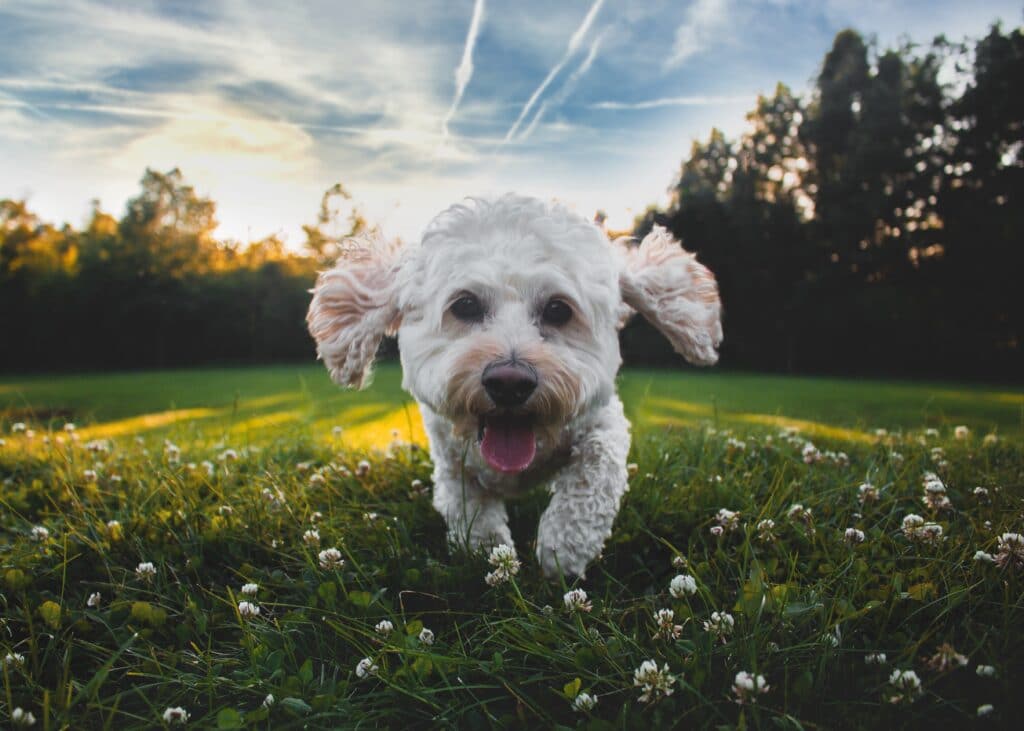 So, there you go. We have a deadly trio of Type-1 diabetes, Type-2 diabetes and obesity haunting the modern dog.

All is not lost. Feeding low/zero carb raw food might help reduce the chance of all three. These diets will reduce blood fats to keep the pancreas happy to avoid Type 1 diabetes. They will maintain good, low, healthy insulin levels, allowing fats to move out of storage, helping prevent obesity and avoiding insulin resistance and Type 2 diabetes.

I’m so glad I discovered raw food for dogs all those years ago.