byadmin
You are here:
< All Topics

Most vertebrates, be they mammals, birds, reptiles, amphibians, or fish have teeth. Broadly defined by the Oxford Dictionary, teeth are “Each of a set of hard, bony enamel-coated structures in the jaws of most vertebrates, used for biting and chewing”. Teeth are calcified, and primarily serve the purpose of facilitating eating. Three ways of classifying mammals (which dogs are) based on how they eat are as herbivores, omnivores, or carnivores. Herbivores primarily eat vegetation (i.e. sheep and cattle), omnivores can eat a variety of food sources, whereas carnivores mostly eat meat and fish. All mammalian carnivores, including dogs, have very prominent canine teeth, and cheek teeth (molars and premolars) with cutting edges. Dogs’ canine teeth have evolved to tear meat from a bone, grip, and grind. This is in contrast to herbivores’ teeth, which are far more oriented towards grinding vegetation. Wolves and dogs can eat some amounts of vegetable and plant matter, but the manner in which their teeth have evolved and been constituted would suggest that raw meat, on and off the bone is what they should have as a primary food source.

Teeth must be carefully looked after

Teeth, like any other part of the body, must be carefully looked after to ensure the serviceability and lasting potential to work as intended. In humans, who are not altogether dissimilar from dogs as another mammal, this has led to the growth of huge industries worth millions of pounds per annum. Humans, especially in contemporary western societies, will often spare little to no expense on dental health. Toothbrushes, straightening with braces, and whitening treatments are all very common. In fact, looking after one’s teeth is so important that brushing them twice a day is viewed as being normal, and one of the first things that is commonly taught to children.

Britain is well-known for being a nation of animal lovers, and it is estimated that over 26% of the population own a dog. In recent years across the world, there has been a recent phenomenon of anthropomorphising dogs, that is giving them human attributes. In turn, this has led to products intended for dogs becoming ever more tailored to their perceived human attributes. These have included toys, clothing, and food. However, for some reason, canine dental health seems to have been largely neglected and overlooked by both producers and consumers. Ironically, this is the one area that dogs are in most need of help from humans.

Dental disease in dogs is common

Dental diseases are one of the most common disorders that dog owners will report to their vets. One study estimated that over 80% of dogs will experience some form of periodontal disease by the age of two, while another study conducted by Ipsos found that only 7% of dog owners who had been polled regularly brushed their dogs’ teeth. Given that dogs are very near descendants of wild wolves, this should beg the question as to why modern dogs are suffering from such poor dental hygiene, whereas this problem appears not to have developed in wolves. Put simply, the answer is an inappropriate diet, specifically dried kibble feeds which have become common and widespread in recent years. 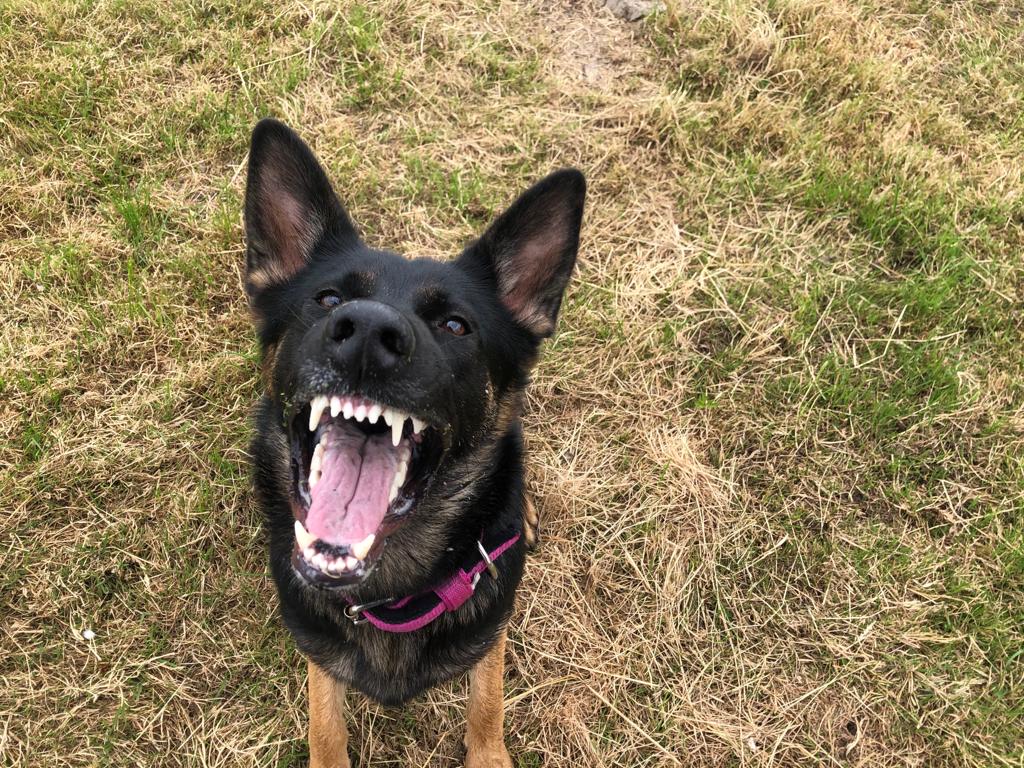 Kibble can cause tooth decay and gum disease

Kibble is currently the most commonly available type of dog food, and has the appearance of small hard biscuits, and is not overly dissimilar from human breakfast cereal at first glance. However, more often than not, it is extremely unhealthy for dogs. Kibble has been linked to a vast array of veterinary complaints in dogs that eat it. These include skin and fur problems, heart failure, obesity, and crucially for the purposes of this article, tooth decay and disease.[/one]

Unlike biologically appropriate protein-based raw dog food, kibble contains unnaturally high levels of refined sugars and carbohydrates. As these products are not natural to what wild wolves and dogs evolved to eat (primarily raw meat), this has the impact of allowing bacteria, which causes tooth decay to flourish within the mouth. While kibble may remove some of the plaque which accumulates within a dog’s mouth, it is wholly ineffective around the gum-line, which is where dental disease is most dangerous. This is where the most sugars and carbohydrates accumulate, further increasing the potential for the growth of damaging bacteria. The damage this may cause is significantly magnified by the fact that most dogs do not take well to having their teeth brushed, making regular cleaning somewhat challenging, and increasing the risk of suffering from dental disease.

Feeding a raw dog food diet, however, has the potential to act as somewhat of an antidote against the kinds of dental diseases which kibble feeds seemingly promote. This is for the very simple reason that balanced raw dog feed closely mimics the kinds of diets which dogs naturally evolved to eat and gain maximum benefit from healthily. While following a raw diet is not a substitute for taking your dog to a vet for regular brushing sessions, its low sugar and carbohydrate content does much to keep tooth decay and disease at bay. Offering your dog a raw diet has the potential to reduce the number of bacteria which are present in its mouth, keep plaque levels low, and freshen its breath.

Give a dog a bone to chew

Another proven way in which raw dog food can benefit your dog’s oral hygiene is through providing it with bones to chew. Dogs naturally enjoy gnawing on bones, so while this promotes good mental health, it also helps keep plaque levels relatively low. If you do decide to do this, then it is important that you only offer your dog uncooked bones, as cooked bones are more likely to splinter and cause your dog internal injuries. ProDog Raw sells safe chew bones, which can aid dental cleanliness and hygiene, and we highly recommend regularly offering them to your dog.

While most dog owners condemn their pets to dental disease by feeding them kibble, it does not need to be this way. Switching from kibble to raw is one of the fastest ways to promote dental hygiene in dogs, and we welcome any questions that you may have on this subject.

Previous Can raw food give my dog worms?
Next How a raw diet can help your dogs digestive system