My name’s Anneka Svenska, I work on TV with wolves and canines.

This is Kyoshi, who is my Tamaskan. She looks very healthy right now and she’s also an incredible 12 years of age.

But back in 2007/ 2008 it was a very different story when she almost died from Inflammatory Bowel Disease after what I believe was a reaction to a commercial dog food product.

Twelve years ago, I fed my dogs on dry kibble, as this is what many of our old school vets suggested. I would notice my dogs often gasping for water afterwards, eating a lot of grass, coughing as they ate as well as looking bored and uninspired by their food. Imagine you eating dried shredded wheat for the rest of your life and nothing else….

One day, in addition, I purchased a packet of teeth cleaning chews for all 4 of my dogs from a well-known dog food company and gave one to them every evening as a go to bed treat. Almost immediately all four started to have runny stools, but Kyoshi reacted the worse out of them all and went downhill fast….

Inflammatory bowel disease in dogs (IBD) is a syndrome is caused by a specific reaction to chronic irritation of the intestinal tract.
IBD can cause recurrent or chronic vomiting or diarrhoea and result in the dog losing his or her appetite. During periods of vomiting or diarrhoea, the dog may lose weight; some dogs suffer worse than others.

So what causes IBD?

The cause of IBD is poorly understood. In fact, it appears there are several causes. Whatever the cause, the end result is that the lining of the intestine is invaded by inflammatory cells. An allergic-type response then occurs within the intestinal tract. This inflammation interferes with the ability to digest and absorb nutrients.

In most instances, an exact underlying cause cannot be identified; however, one possible cause is a reaction to a specific protein in their diet.

Kyoshi dropped from a very healthy 26kg down to a 12kg skeletal frame and would refuse most food after once having a ravenous diet.

She would have projectile diarrhoea and vomiting throughout the day and night.

I would sit crying, watching her curled into a small ball of pain, her personality changed, she was snappy, aggressive, truly unhappy.

I was referred to a vet school where they suggested trying soya kibble, but for a dog already hating food, soya kibble was hardly appetising, so I decided to research online to see what had helped others…

I found that many people online had switched to a raw dog food diet with almost immediate positive results. Diarrhoea disappearing, intolerances being calmed, and dogs regaining their strength and health.

It made sense – dogs are wolves. There is nothing different about their intestines and digestive system to that of a wild wolf. The only difference is 30,000 years of character evolution. A dog is basically a wolf that we have tamed in personality and character, but physiologically is still a carnivore.

Agreed that dogs and wolves also eat berries and are opportunists for scraps and rubbish, but any starving animal will do this too, it doesn’t make them omnivores.

One other very important fact that I read was the use of unique proteins to help remove intolerances – this means feeding your dog a protein  that their body hasn’t had before such as duck, rabbit, venison etc etc – these proteins are harder to find.

So at my wits end and basically thinking that I was about to lose Kyoshi, I tried raw even though my vet said he didn’t think it was a good idea and within 2 days, her stools were hard again, she had stopped vomiting. She regained her happy character and over the next few months she put her 26kg back on again and absolutely adored her food.

I was able to take her off steroids which had softened her teeth, nails and stopped her fur growth. Her fur grew back and she stopped snapping at my other dogs.

I immediately switched the whole pack onto raw and never looked back. My dogs now rarely see the vet for an ailment and then it’s for something other than a disease. My dogs hardly ever have diarrhoea and they are totally in love with their food.

My personal belief if that raw food put Kyoshi’s IBD into remission and 12 years later, after the vets told me she may suffer with it throughout her life; she hasn’t had one set back.

At the end of the day, it’s up to you what you decide to feed your dog, but promise me one thing…imagine yourself waking up every day eating dried cereal with no milk or flavour or worse still eating the over baked dried leftovers from animal carcasses from an abattoir – teeth, fur, ash, hooves etc and then ask yourself, is this what you would want to eat if you were a dog? My guess is probably not.

#DitchtheDry and Go Raw and your dog will love you for it. [Ad] 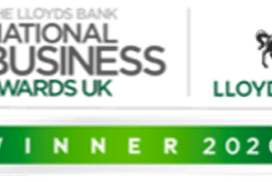